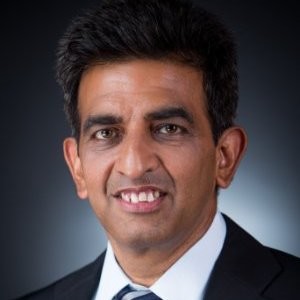 In this conversation with Deepak Solanki – Head of IT and Digital (AMEA & ANZ), CNH Industrial, we take a closer look at the set of sales challenges experienced by CNH Industrial on their digital transition journey. Deepak’s passion for technology-driven solutions is reflected through his career as the former VP-Information Systems at Reckitt and multiple initiatives across business systems, strategic outsourcing, and automation. Here, he shares his perspective with Anant Sood about the role of managers and metrics & how behavioral insights are becoming the force to drive it.

Anant: Thank you for your time, we’re looking forward to this. Let’s start with a quick introduction about yourself and your experience over the past few decades.

Deepak: Right now, I am at CNH Industrial. I look after the IT and Digital functions of their AMEA & ANZ Geography. CNH Industrial is a capital goods manufacturer, with the global revenue about $26 billion in 2020. I service the geography that accounts for roughly $4.3 billion. Prior to that I’ve worked in the corporate sector as well as done stints in the start-up space, about 25 years in the FMCG sector looking after various Geographies as well as competency centers.

The Move to Digital Leads

A: Wonderful. The first thing we’d like to hear from you is from a sales standpoint, what are some of the unique challenges that you’ve seen over the last 18-24 months? Has anything changed fundamentally in the way sales teams work today?

D: In a sense we are still going through the changes and don’t know when things will settle down. Of course, there was an immediate shift unlike anything we have seen before. Contact between salespeople and customers went down significantly so we pivoted to connecting via digital channels.

What changed is that now there’s a lot more focus on being able to contact and follow up remotely to close as many leads as possible.

Simultaneously we drove a lot of discipline in the sales process. We also came across tools like worxogo that further gave feedback to the team – on their performance as well as their behaviors.

A: Do you think this new way of working will stick or will sellers go back to the old ways of working? Is this way better?

D: One thing that we learned as we shifted our focus was the fact that the digital leads were effective. We were able to drive the processes. In fact, we were able to drive at least 3-4 times more conversions from digital leads as compared to earlier. Even the leads that we have generated are much more. Obviously, having tasted the success, some of that will definitely stay.

I think for our industry, everything has to work in tandem – the brick and mortar channel –  personal contact, digital and telephonic channels. There is a certain stage of the sales cycle where it has to be personal contact, I don’t think that is going away.

A New Focus on the Core of Sales

A: With the digital disruption and the missing personal connect, we are all learning new tricks of the trade, especially in the case of frontline sellers. You mentioned how the leads are not their personal leads anymore. In this context, has the role of that frontline sales rep changed?

D: One thing that has happened is that the focus has shifted a lot more to follow-ups rather than just trying to generate leads. And to that extent, sales reps have to be much better organized. Because digital leads being generated are significantly higher and the conversion is not as high as someone who is already interested in the brand and has contacted you. As more of your work is going to be with customers who are not necessarily inclined towards your brand, I feel the real selling skills – convincing the customer about the product – will become more important.

A: How important is having the right data available for your sellers? Do you think it’s become more or less important given this context?

D: It is definitely important. I think it’s more about helping the salesperson leverage the data to make better decisions and perform the sales activities more effectively. We want the person to focus on sales.

So, there’s definitely a shift from just providing data to helping a sales person focus on what’s important, getting him more organized, allowing him to deal with a large set of activities more effectively in the execution stage.

And then of course through the sales process there’s a set of tools – like being able to do a video call, being able to connect with a customer, demonstrate details about the product, etc. Some of those tools are yet to reach maturity.

A: Has the role of team leaders, area managers etc. changed? Is there a shift in the sales hierarchy?

D: Yes, to some extent. The basic role remains the same. In the end, if you are a team leader, your job is to get the best out of your team – that doesn’t really change. But how you go about doing that job has probably changed. We are seeing the shift in their ability and their capability to leverage data. That is a definite shift. I don’t know if it is driven by specific programs that we are running or it is a general trend in the industry, it’s hard to determine. But, yes, our people are getting more adept, more inclined, and effectively using more of the data they have – about their teams, their performance etc.

D: Interesting viewpoints. I think it varies from culture to culture and also generation to generation. In the context of India, where we are, I would say definitely the human element is needed. In the Indian workplace, emotions play a big role, motivation plays a big role.

I have worked in a couple of different geographies. For example, in the U.S., people don’t need that much of a motivational element from their managers. There is a more individualistic attitude – they come to work, they know there is a job they are getting paid for, they do it and they go home. So, I do think this might be different in different geographies and there could be lesser of a role of managers in certain geographies.

But, I do wonder about the next generation, who have grown up with lesser human interaction, most of whom have not gone to school for 2 years and only interacted with screens – I don’t know what their behavior will be like.

Behavior - Leadership fad or something deeper?

A: Do you see a chief behavioral officer emerging in organizations in the future? Someone who looks at behavioral interventions to drive change within and outside the organization?

D: I’m not sure about that. In the end, that’s the job of every leader, isn’t it? So, I’m not sure of a chief behavioral officer. I guess every leader has to become more and more aware of what they need to do in this area.

As a manager, your job is to manage people and get the best out of your people or bring the best talent in your team, that’s the manager’s job.

A: Do you see behavior becoming a part of your metrics in some form at the leadership level today at CNH or maybe in the near future

D: All of us are being measured already. At the leadership level, we always measure both the performance aspects and the behavioral aspects.

A: There are tons of new tech out there which promises to drive outcomes. How do you evaluate some of these new technologies out there?

And so really at the end, it is not about taking a CRM system or a dealers management system and choosing the best of breed. It is about actually saying, “here is an opportunity to improve the customer experience and what is the right tool to do that”. I think it’s not about using just one tool but using the right set of tools and integrating technologies together to drive the customer experience.

A: Do you see a need to explore new ways as leaders to digitally empathize with teams, given the remote work scenario and loss of human connect?

D: It’s a concept I’m still trying to wrap my head around. I don’t know if emojis count as digital empathy! We need to figure out a way to fill the void of human interaction.  At this stage things have settled, there’s a lot less anxiety. I also see people getting adept, becoming more effective and to some extent collaborations have also ramped up.

A: Have you seen new pockets of excellence emerge – people who you thought would struggle, doing quite well and vice versa?

D: Yeah. I mean, obviously as I said I do think that the interactions across geographies is increasing, the visibility definitely is more. It’s not that they’re new pockets emerging, the pockets have already existed. What’s happening is that now when we set up competency centers, it can be led by leaders in different locations, across different geographies. We’re finding new ways to leverage all the leadership skills we have. It has opened up that opportunity.

We have executed some significant initiatives and transformations with teams basically just collaborating virtually. We had never done these things remotely before. Earlier if we had a new dealer management system going live, we would have experts fly in for support and go live activities. Whereas now it is completely managed virtually.

But again at the end you do miss the human contact, I wish even in my geography, I was able to visit the teams a few times in a year but it is what it is.

A: Any words of advice or thoughts for a business leader who’s evaluating this entire concept of behavior science and thinking whether it makes a difference or not?

Secondly, I would say that it is very important to tie these things with the monetary, tangible incentives. It is extremely important when you are guiding behavior changes that it is backed up with how you are actually incentivizing the people as well.

Lastly, I think you do need to give time. Behavior changes are not going to happen overnight. You have to be persistent and give it time.

In the end, I do see impact. It’s not like 100% people change overnight but even if 50% of the people change, I think that is a start.

©2021 worxogo Solutions Pvt. Ltd. All rights reserved.
We use cookies in order to give you the best possible experience on our website. By continuing to use this site, you agree to our use of cookies.
Accept
Reject
Learn More...