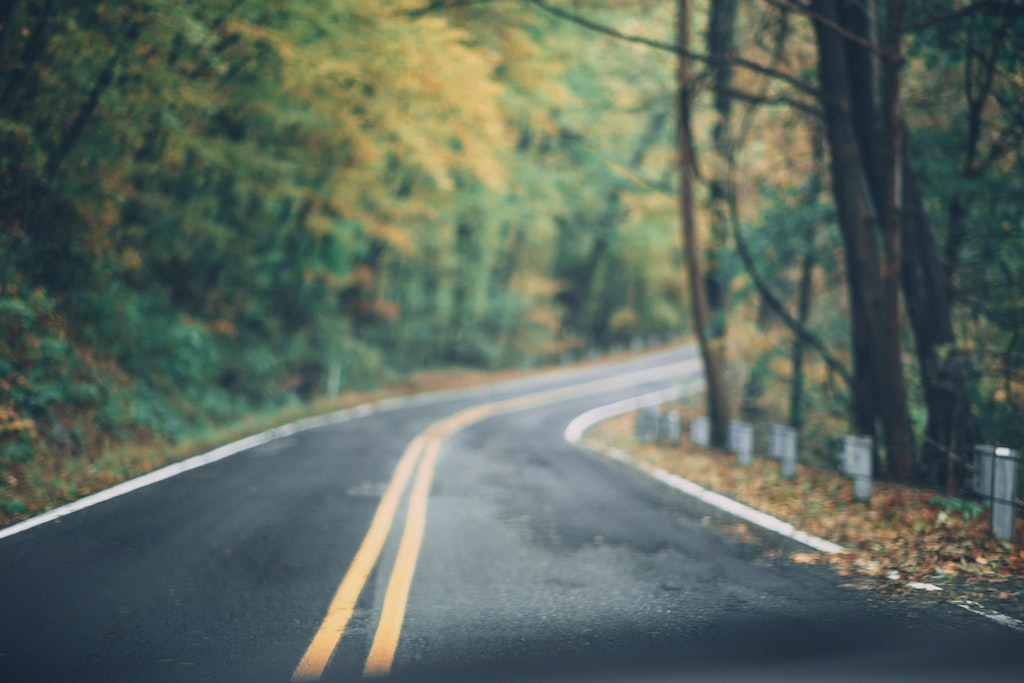 The belief that shaped worxogo

By Ravi BhamidipatiJanuary 10, 2020 No Comments

Like so many startups, we were outsiders who came together to nurse an idea that was born of personal experiences.

All of us 7 co-founders had long stints at various global consulting firms, working on business transformation and change management initiatives for large companies, and under various banners. Each of us also knew one another, often working together on projects; at times in the same organization. 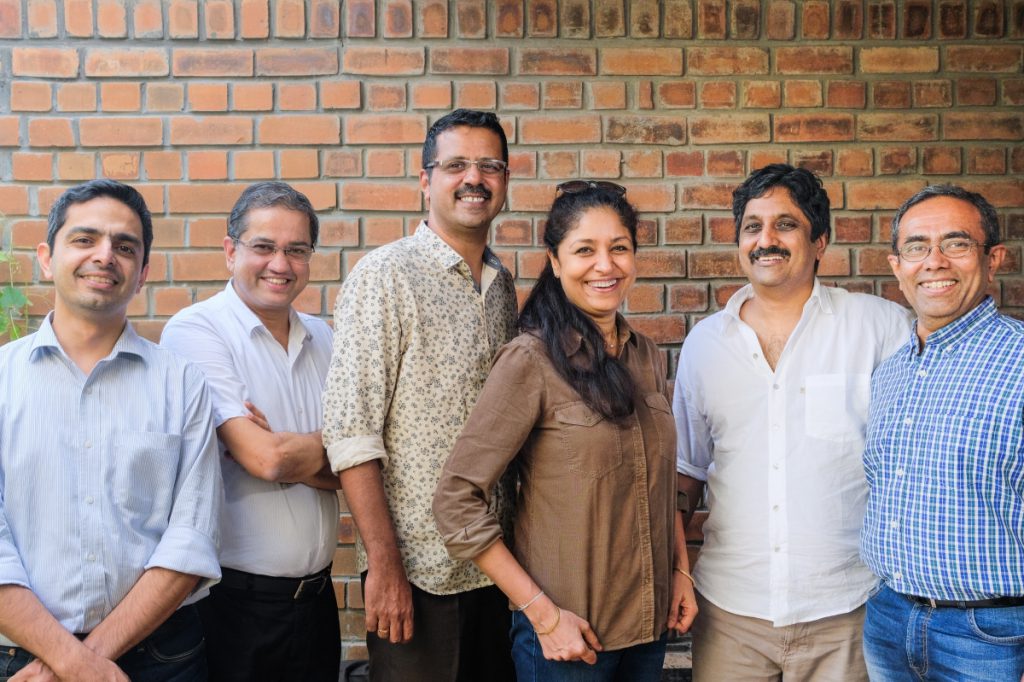 Having spent so much time working on business transformation projects and so many of them too, we’ve been able to closely see and compare efforts that go behind each and understand what works and what doesn’t.

One of the things we realized was how, at the heart of it, all transformation efforts are about improving the business’s efficiency to drive growth. And that this rather broad intent is carried forward by way of some kind of implementation or capability building exercise: integrating new technology or setting up Google X like project teams. The tenor is usually enthusiastic but there’s often a complete disregard for one of the most important aspects of any change initiative: the need to make it relevant to those in charge of taking the change forward.

Setting off on a transformation journey or, for that matter, any task in a business, without wording the intent properly to the people responsible for driving it rarely results in the delivery of desirable actions and outcomes. In our experience, when organizations neglect people in their quest for improving efficiency and growth, expected outcomes fall short by at least 30% and sometimes as much as 70%, causing companies to abandon the change completely.

In large measure, when we founded worxogo in 2014, we were attempting to solve for the best way to bridge this gap between an organization’s intent and outcomes delivered by its people, and not just in the context of a transformation initiative.

In everyday work routines, organizations sketch out many goals for their teams to accomplish and they have very little other than a prayer to ensure goals are met on time and in a desirable manner. For large cos, especially, directing and managing people’s performance is exponentially difficult given the scale and size of the operation. Personalized interventions feel like an impossible task, leaving team leaders in much the same position every single time: hoping and wishing that their team simply just delivers.

And so, in 2014, we placed our bets on building a technology-enabled stimulus that could move a person, and consequently an entire organization, from a place of intent to action, no matter the function or scenario. A product that could bring discipline to the grand disorder of questing goals and offered an evocative sketch of action plans and rewards.

To speak honestly, at this point in worxogo’s journey, we really were just trying out loud. The real formula for driving employee performance would not fully settle into place until 2017 when we set up our behavior labs. But when we started, we were working on building something that served the entire spectrum of performance management, focused on organization, processes, departments as well as the people, and impacted peoples’ productivity and company profitability, all at once.

Around this time, Ramesh and Sudha, two of the co-founders, were at Stanford and had the opportunity to interact with [Professor] Baba Shiv. Baba was their batchmate there and also happened to be an expert in neuroeconomics – a field of science that deals exclusively with human decision making and our ability to follow a course of action.

It’s strangely exciting how sometimes you arrive at an answer you didn’t even know you are looking for.

Our conversations with Baba Shiv made us aware of the many fascinating studies conducted in the field of behavioral economics; a neuroeconomics-related field that links behavior to brain activity and explains – empirically – why humans do what they do (and don’t).

Through him and the many studies we deep dived into, one of the things we learned was that human behavior is not always rational and about risks and rewards. In the face of a decision, big or small, our behavior is powerfully influenced by such things as inherent biases, current emotions, life situations, and surroundings.

In the course of our conversations with Baba Shiv we were introduced to the work done by Richard Thaler in the area of human behavior, more specifically his endorsement of ‘nudging’ – small interventions that can bring about marked changes in behavior. It was this research that accorded Richard Thaler with a Nobel; which was a first for the behavioral economics field, too.

All of this and the subsequent realization that behavioral economics could help produce better outcomes for modern organizations was nothing short of profound – we’d found the first brick of the foundation on which we wanted to build a product that would bridge this gap –  between intent and action. With that, we immediately jumped on the nudge game!

In retrospect, a complete view of human behavior seemed necessary for developing an effective performance management product. Particularly one that could deliver a range of personalized and meaningful cognitive interventions to get people to work towards desirable outcomes. But we also realized that the complexity of the logic, degree of variability, and the massive amounts of data being infused and generated meant that our product needed to lean on AI capabilities. There was directional potential in it.

With these realizations and decisions, we moved the needle towards a solid product with the first iteration that got deployed in mid 2015.

Our first customers were as keen as us on experimenting with new-age tech that could impact employee behavior, boost productivity and drive performance. To that end, we set up the product to address and impact specific productivity goals of the company, ranging from the span of control of supervision to instilling behaviors that lead to an improvement in sales.

Now, at this point, to say that ours was a feature-rich product would be an understatement of the century. It was clearly over-designed and the sheer amount and range of data that was going in and out of the product was leading to a lot of superfluous interventions, overwhelming the recipients (sales reps, i.e.) greatly.

It was not an outstanding flop by any measure, but we quickly realized the lack of focus and nimbleness in the first version of our product.

Then on, sales behavior is what we chose to focus on exclusively. And enhanced sales performance was what we guaranteed. Between 2015 and 17, our behavior labs and data science teams spent time building and refining an AI-enabled cognitive nudge engine that could learn from the data that was being generated by the users of the product and deliver interventions or ‘nudges’ more accurately and meaningfully. The IP was (and remains) the engine’s ability to capture and understand micro-interactions to gauge an individual’s intentions as well as patterns of motivations and decision-making. 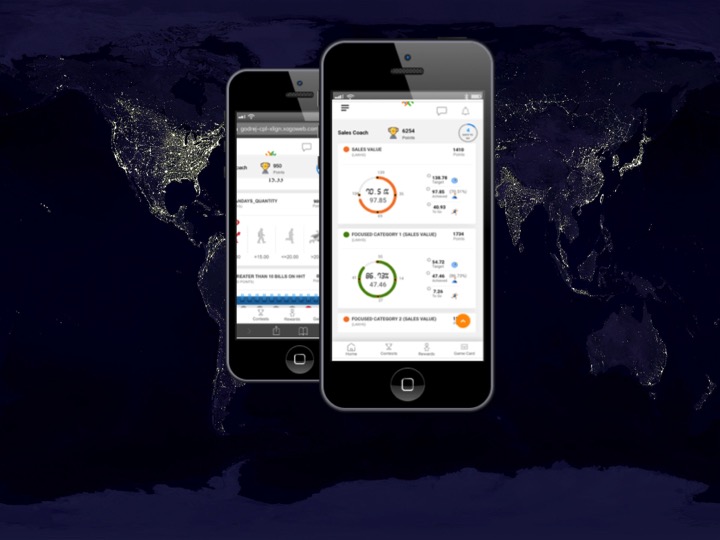 The worxogo family has grown in numbers and in strength bringing together some of the best minds in the industry, like Sanjay who joined us as a co-founder. Throughout these 5 years of worxogo, we’ve subsisted on very little other than grit, feedback and creative tension. And managing this tension has been the most important exercise for me, personally. Even today, what helps ensure pace and forward movement is the regard we have for each other and for the level and range of skills we all bring in. Conflicts are common and we do not come to a consensus quickly. Does it create anxiety? Yes. Does it lead to quality outcomes? Always.

And quality is where we’ll park our wagers anyway.

As I look back, I am equally humbled and surprised by the journey we’ve tread on – it’s been marked by many emotional highs and lows; some wins and lots of learnings. But I am delighted by the depth our vision and creation have both taken now. As we look to the next 5 years, we see the nudge story playing out far more extensively in an organizational context. To that end, refining our engine to accurately and intuitively create an empathy for action will remain our focus.

On that note, thank you to each and every one of you for being a part of this journey and for helping us get to where we are. You’ve been instrumental in shaping our idea and making us successful.