By Behavior LabsJune 4, 2019 No Comments

From Freud’s psychoanalytic theory on basic physiological needs to B.F. Skinner’s Operant Conditioning theory, a library case worth of studies exists to explain why people do what they do. And while the studies are straightforward, the [management] reality has been little aligned with the science and the suggestions of it. This is partly because motivation is not an absolute science and while studies do a good job of identifying various factors that drive motivation, new age realities connect loosely with them.

One of the factors we’ve personally found fascinating and relevant to modern times is autonomy – the freedom to do what you want to do. And in this post, we’ll share with you some of the research on it, especially those we have found riveting and have used in developing our own nudge engine.

What science has to say 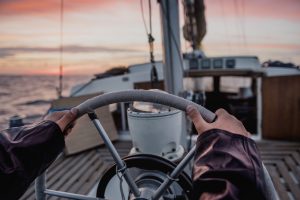 Post-world-war studies have shown that ‘a sense of autonomy’ has a powerful effect on performance and general attitude, promoting “higher productivity and less burnout”.

Author and business thinker Daniel Pink has investigated this in rich detail in his compelling book called Drive: The Surprising Truth About What Motivates Us. Drive set out to bridge the gap between “what science knows and business does”. Rivetingly enough, Pink argues that management has grown creaky because it’s out of sync with that which it seeks to manage – human nature.

To bolster his argument, Pink set forth three factors that he identified as being fundamentally responsible for motivation in people: Autonomy, Mastery, and Purpose. He calls these factors Motivation 3.0. It’s a leap from the two previous, more popular studies on motivation – both conducted in the early 1900s. The first identified survival as the only reason why people do what they do and the second identified the relationship between rewards, punishment, and behavior.

One particular study that briefly made it to management practices is the Incentive Theory, which emerged in the ‘40s and ‘50s, based on B.F Skinner’s reinforcement theory. The basic premise of it is that people need to be motivated externally, driven by rewards like money and praise, to perform better.

This command-control model of organization, common to the industrial age, became and remained the standard modus operandi of the school of scientific management for the better half of the 20th century.

Essentially this is a carrot-stick or reward-punishment approach to management. The motivation is extrinsic following the assumption that humans are fundamentally inert, motivated to action only to gain a reward, like money, or avoid a punishment. And so, employee performance and excellence were thought to be fueled by rewarding the good and punishing the bad.

This was widely held to be true and reliable until 1949 when Harry F. Harlow professor of Psychology at the University at Wisconsin stumbled upon something quite extraordinary. 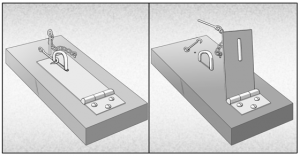 Harlow and his colleagues were conducting an experiment to study learning in primates. The experimenters placed a mechanical puzzle inside the monkeys’ cages to see their reaction and then test them for problem-solving two weeks later. To their surprise, without any prompting by the researchers, the monkeys started playing with the puzzle with noticeable focus and determination, seeming to actually enjoy it. In fact, the monkeys not only started solving the puzzle, but they also began mastering it. At the end of the two weeks, some were actually solving it in 60 seconds.

Until then, scientists knew of only two main behavior drives – the internal biological drives (hunger, thirst et al) and learned behaviors, driven by rewards and punishments from external environments. But here the monkeys enjoyed solving the puzzle even though it did not feed any of their biological needs. Furthermore, when scientists introduced rewards (raisins) into the experiment, the monkeys made more mistakes and began to lose interest in the puzzle.

Harlow began to wonder if there was a third drive that psychologists had missed and if, perhaps, it was as strong as any of the other drives. He noted that for the monkeys, “the performance of the task provided an intrinsic reward.”

Two decades later, inspired by Harlow, Edward Deci, a graduate student of psychology with an MBA, ran his own experiment with a Soma puzzle and three groups of students. Deci concluded that human beings, “have an inherent tendency to seek out novelty and challenges, to extend and exercise their capacities, to explore and to learn. But this drive needed the right environment to survive.” Deci warned that such a drive did not thrive in an “externally controlled system such as monetary rewards.”

At the time he came out with the findings of his study, Deci held a joint appointment in the Department of Business and Psychology at the University of Rochester. His revolutionary ideas got him thrown out of the business school but the University’s psychology department hired him full-time. In 1975, he published Intrinsic Motivation. Following this, Deci and student Richard Ryan fashioned what came to be known as the ‘self-determination theory’. which identified that people have three innate psychological needs: a need for competence, autonomy and relatedness.

Impact of autonomy on corporate cultures 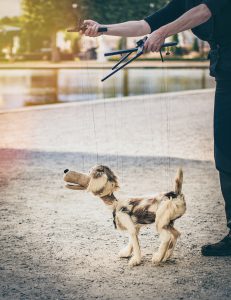 In 2004, along with Paul Baard of Fordham University, Deci and Ryan conducted a study at an American investment bank. They found greater job satisfaction among employees whose bosses offered “autonomy support”. “These bosses saw issues from the employee’s point of view, gave meaningful feedback and information, provided ample choice about what to do and how to do it, and encouraged employees to take on new projects”. It was proven that autonomy-supporting bosses promoted self-motivation, satisfaction, and performance, which then boosted the performance of the teams and organization at large.

Cornell University also recently conducted a study of 320 small businesses. Their research revealed that companies in which employees were given autonomy grew four times faster than traditionally managed companies.

In addition to driving successful outcomes, autonomy removes learned helplessness. It rekindles that child-like curiosity and the need for mastery that each of us possesses. This natural tendency is turned off by the command-and-control type work cultures. But autonomy sparks intrinsic motivations, builds confidence as well as resourcefulness of the organization’s people.

Our own explorations with autonomy and that of our clients with our behavior nudge engine have proven that extending autonomy gets employees to see value in their work, fulfils an innate need to grow, and helps them feel their accomplishments in remarkable ways.

Easy ways to build a culture where autonomy thrives

It’s surprising that the science supporting autonomy and self-management has been available to us since the 70s. And while there are technology-enabled tools today built to drive employee productivity in the way prescribed by behavior science, management practices sure continue to lag behind.

A short step in the right direction – for new age management teams – is to build a culture that relies on science and data, and less so on things like instincts. Furthermore, fostering a culture that explores motivation through the lens of science and through the experiences of others is a simple enough way to bring in and build autonomy in your people.

In Drive, Pink talks about companies like Google and 3M who give their employees time during work to focus on projects they are passionate about. Meddius’ CEO Jeff Gunther successfully implemented a ROWE (Results Only Work Environment) workplace where employees don’t have a schedule, only results that they have to show – giving them the freedom to decide how, when and where they get their work done.

While science and technology work together on getting more effective in directing human behavior, motivating people to do their best work will still require management to fill in the gaps that technology today does not sufficiently fulfil, like defining the organization’s culture. As Jeff Gunther puts it, “Management is not about walking around and ensuring people are in their offices.” It’s about creating the right conditions for people to do their best work.